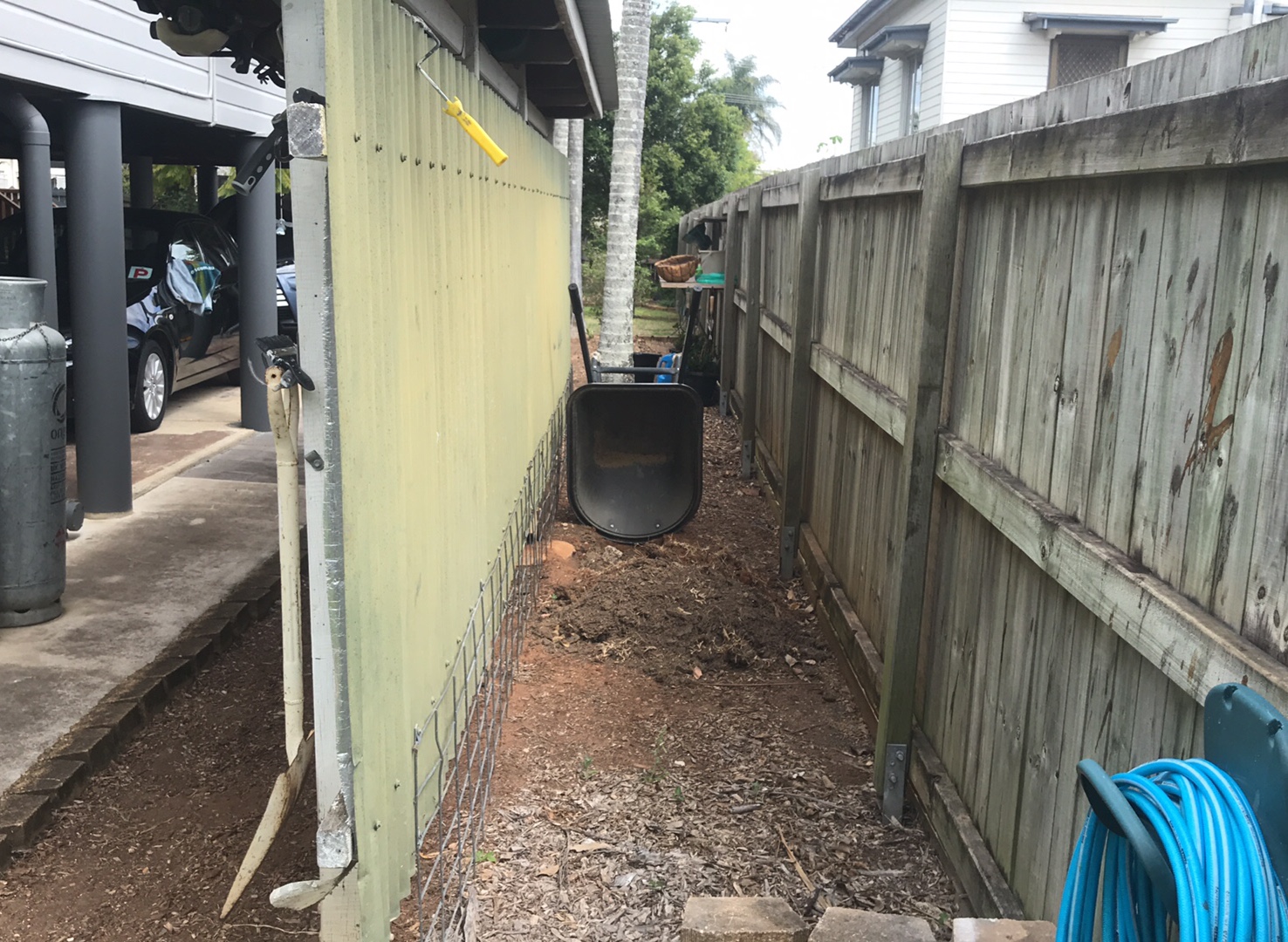 The Queensland Government regulates fencing, including how disputes between neighbours are resolved. Queensland’s Dividing Fences Act 1953 deals with constructing and repairing fences that divide adjoining land.

Generally, in Brisbane, building and planning approvals are not needed for a proposed front, side or rear boundary fence if the fence meets all of the following requirements:

If the proposed fence does not meet these basic requirements, you may need to lodge a building or planning application, or both.

Whether or not the proposed fence is associated with a new house or other residential use, a building approval through a licensed building certifier is required for the fence if it is higher than two metres above the natural ground surface. This may include a combined retaining wall and fence.

City Plan does not regulate fences unless they form part of a development application. However, City Plan does offer some basic design guidance, such as avoiding high solid fences and including indentations and detailing in fences to provide visual interest. New fences should reflect the style of other fences existing in the area.

Depending on where the site is located, you will need to consider City Plan requirements if your fence is part of a proposal to:

renovate an existing house or multi-unit dwelling in a Demolition Control Precinct and/or Character Area. For example, the Residential Design – Character Code (P7), which applies to sites in Character Areas, requires that front fencing must reflect pre-1946 architectural styles and complement the building design. The Heritage Place Code applies special requirements to building work, including fencing, on sites identified as a ‘heritage place’ or within a Heritage Precinct.

These requirements relate to impacts on adjoining properties and the streetscape, particularly:

The Dividing Fences Act 1953 relates to constructing and repairing fences that divide adjoining land and aims to help you obtain a contribution from your neighbour. Generally, owners of adjoining land not separated by an adequate fence are liable to contribute equally to the cost of a dividing fence.

Discuss the type of fence, the cost and how it will be built with your neighbour who is the owner of the property. Achieve a written agreement which is easier to enforce. Prior to construction of the fence, give notice in writing.

What if you can’t agree on where the fence should go?

If the cadastral surveyor finds that your neighbour’s stakes were correct, then you would be liable to pay all expenses incurred, otherwise, the expenses would be divided equally.

The type of fence

Check with your local council if:

What if your neighbour refuses to contribute, challenges the cost, or disagrees with the type of fence you wish to construct?

Do not go ahead and build the fence. If you and your neighbour cannot reach an agreement after one month, either party may apply to either a Magistrates Court or the Small Claims Tribunal for an “order to fence”.

In making any order, the Magistrates Court or Small Claims Tribunal will take into account the type of fence common to the area and the purpose for which the adjoining lands are used.

What if you’ve already built the fence?

What if you want to repair an existing fence?

When an existing dividing fence needs repairing, the owners on either side are liable to contribute equally unless one of them caused the damage. If you want your neighbour to contribute to the cost, you should issue a Notice to Repair requiring assistance. Generally, if your neighbour fails to assist within 1month of the notice being served, you can repair the fence and recover half the cost. If the neighbour advises you in writing within 14 days of service of notice that he/she disputes the need to repair and won’t contribute towards the cost, you may need to apply to a Magistrates Court or a Small Claims Tribunal for a ruling. Maintaining the fence, for example painting it, is not covered by the Act, but it would be usual for each neighbour to paint their own side.

What if you want to replace an existing fence?

If the fence is beyond repair or very costly to repair, it may be reasonable to replace it with a new one. If so, your neighbour will be responsible for contributing to the cost of demolition as well as half the cost of a new fence. You should give your neighbour notice of your plan and follow the usual steps outlined in previous sections.

A free dispute resolution service is offered by the Dispute Resolution Centre. Trained, neutral mediators can assist you and your neighbour to reach a mutually acceptable solution at a place and a time to suit both parties.