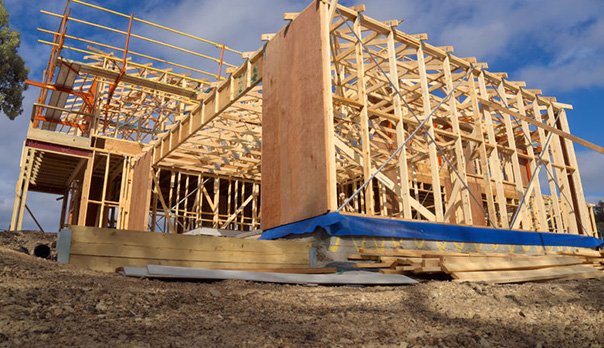 Having a new home built? Australian Building Inspection Service’s Construction Stage and Final Handover Inspections looks after your interests and takes a lot of stress out of building a new home.

Most new home build contracts require “stage” payments to be made to the builder as construction progresses. The stages typically are Base, Frame, Lock-Up, Fit-Out, Fixing and Handover. As a stage is reached (or with most builders a little before) a request for a stage payment is made.

An ABIS stage inspection is conducted around this time with two major objectives: 1) to confirm that the stage has been achieved and, 2) to report of any significant defects in the work done to date for the builder to address. This is particularly important to both you and the builder as it identifies any issues before they become hidden by further work. It is often easier to fix issues early rather than waiting till further in the construction.

It’s also good to have an ABIS builder looking after your interests independently and communicating any issues identified with your builder in their own language. ABIS can help you maintain a good relationship with your builder during the construction process.

Although the builder employs a certifier to sign off that the building work meets minimum requirements of the Australian Construction Code, ABIS stage inspections and handovers view the work against a good tradesman-like standard rather than just meeting a minimum.