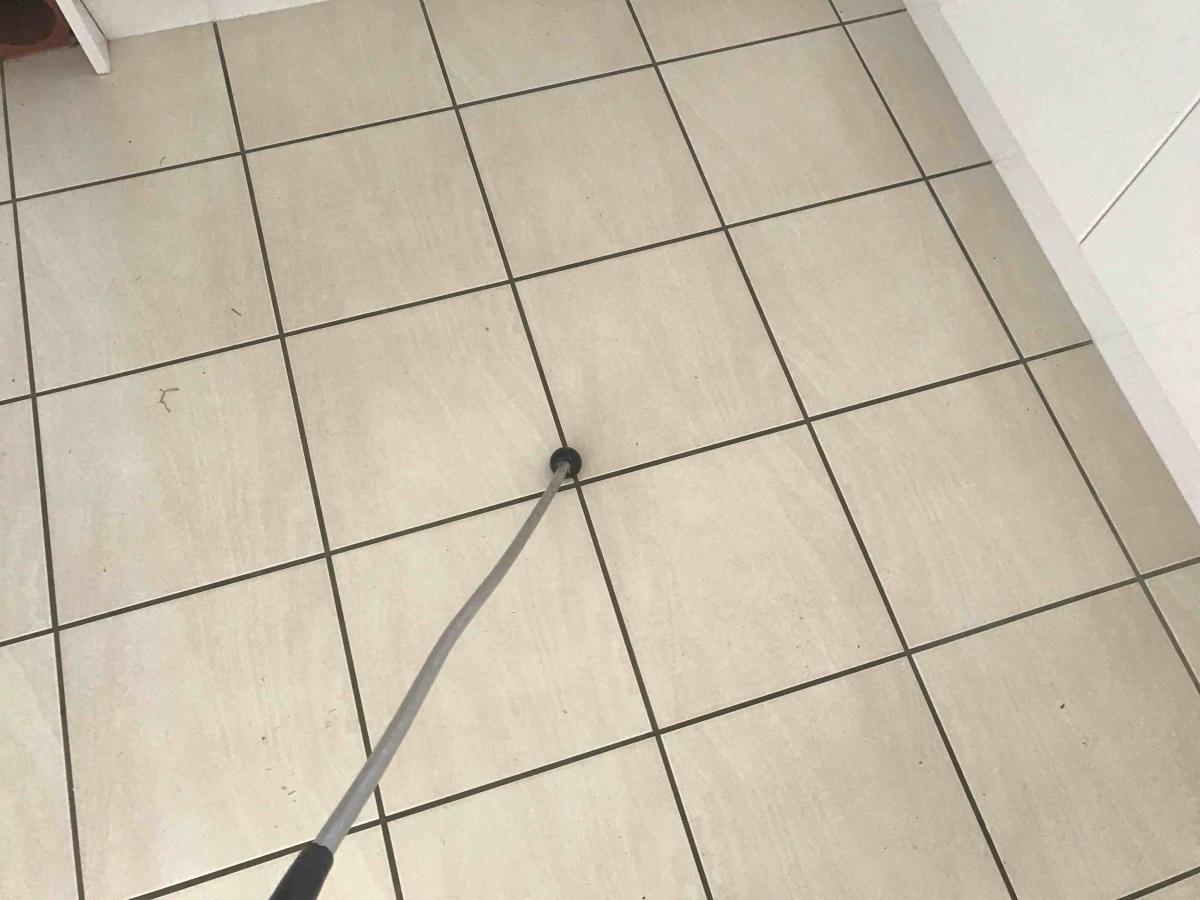 Problems with floor tiling are identified during a Building Inspection by sounding the tiles with a tapper and by visual inspection.

Drumminess and loose and broken tiles

If the tiles are loose or have an airspace beneath them, they sound drummy or hollow when sounded with a tapper or sounding device. This drumminess is an indication that the tile or tiles have lost adhesion with the substrate.

If not addressed this loss of adhesion or looseness can lead to brakeage of the tile or the tile becoming a trip hazard. This problem is typically caused by one or more of the following:

This problem is more cosmetic that practical however a reasonable standard of workmanship should give regular grout lines. If tiles are manufactured with irregular edges or are not of a uniform size. Grouting gap irregularities are unavoidable.

When a tile is a little higher that the tile laid next to it a lip is created which is both unsightly and a potential trip hazard. This issue is usually caused by a combination of the following.

Prepare the surface by cleaning and removing material such as paint that may become separated from the substrate with the passage of time. It may also be necessary to grind some surfaces that are heavily contaminated.

Concrete floors may require levelling using levelling compound and grinding prior to tiling. Discuss the requirement with your tiler. The size and type of tile affect how much levelling is required.

Remove skirting boards and finish the tiles 10 mm from the wall base to allow for differential thermal expansion and contraction between the tiles and the material on which they are laid. The skirting board are replaced or reinstalled over this gap at the end of tiling and sealed with a flexible silicon sealant.

When tiling on a timber floor stabilise the floor using a suitable underlay. High density fibre cement sheeting is often used for this purpose.

Special consideration must be given to floor tiling in bathrooms. The two big differences are achieving the necessary fall or slope towards drains in shower area and laying the tile so as not to damage the water proofing membrane on which the tiles are laid.

Falls to the waste are achieved by creating a slope using a dry mortar mix over the waterproofing membrane. If a conventional round waste in the centre of the shower. The larger the tile chosen for the shower base the harder it is to lay the tiles so the fall is maintained. Usually the tiles must be cut into smaller pieces to follow the contour of the fall. In recent years the use of strip wastes have made the use of large tiles easier