On the Eastside about 32 km south-east of Brisbane. Although mostly residential, it is the site of a number of public organisations such as a bushland environmental training centre and the ferry service to Moreton Bay Islands. There are a number of boat ramps for fishing, several shallow child safe beaches and a volunteer coastal rescue service.

Where once it was an isolated farming area with scant development, now there are extensive services including supermarkets, a public library, cinemas, boutique shops, cafes and restaurants as well as many sporting clubs. Victoria Point has its own community radio station. It also has four large schools and, because of its growing ageing population, six retirement villages.

In 2011, about 15,000 were recorded as living in Victoria Point and their average age is 41 years. Most are of Anglo-Australian origin with a small group from South Africa (about 1.5%) so that English is the primary language spoken at home. 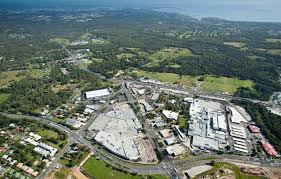