Located on the Eastside about 4 km south-east of Brisbane. Its name may have emerged from the indigenous name for Norman Creek being mosquito infested.

In the mid-1800s, aboriginal clans occupied campsites and fishing holes along the creek continuing to practice their customs and rituals e.g. corroborees. Attracted by the produce in the white settlements, they launched occasional raiding parties culminating in a major fight between various clans and the white settlers in 1853.

About this same time, farms began to be sold and subdivided for the first housing estate development in1882. In 1876 a state school was opened and transport became available to Victoria Bridge. With the construction of the Stanley Street bridge in 1886, Coorparoo became more attractive to settlers, particularly as tramway extensions in 1887 made the suburb more accessible to Brisbane city. Development in Coorparoo stepped up in 1889 with bridge construction at Stones Corner and further road improvements. However, floods of 1889 and 1893 combined with the 1890s depression to slow this development which continued to be bush with isolated houses, farms and very little industry except for brickworks.

Post World War I, property sales took off again with increased prices. This was supported by a tram service expanded into the area. More recently, there is an upsurge of interest in Coorparoo, with renewed energy in mixed-use, multi-level, high-density development to include residential, large and boutique retailers, cafes and restaurants and cinemas, all linked to a transport network. Langland’s park also hosts the local, Queensland and Australian rugby teams.

As a higher socioeconomic suburb, Coorparoo is well known for its elite homes and sites of historical significance. Spanish mission revival homes are a distinctive inter-war style common to Coorparoo. Two such residences are the Tram Post built in 1886 for Reuben Nicklin and his previous residence (1883) Langlands which represents the oldest surviving masonry residence in Coorparoo. Other heritage listed sites include the School of Arts, the Fire Station and the Substation. Affluent tree-lined Kirkland Avenue also presents amazing panoramic views of Brisbane city.

In 2011 about 14,900 people were found to be living in Coorparoo. Their average age was 33 years. 29 % were born overseas, especially in England, New Zealand and India (about 10%). English was primarily spoken at home, although Spanish or Greek may be a second language (2%). 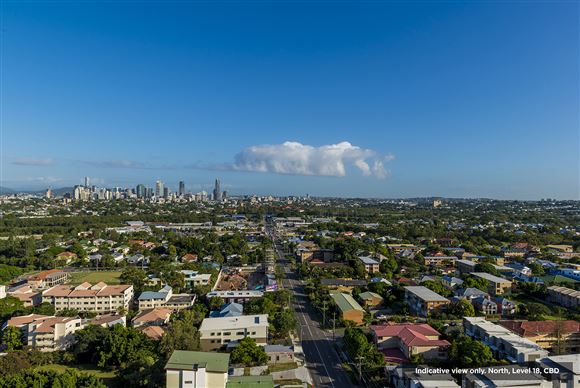