In the Redland Bar area about 18 km south-east of Brisbane with Tingalpa Creek along its eastern border.

Capalaba is a large, busy and well-established suburb with extensive services including major shopping and commercial centres and industrial zones which connect with public bus transport as well as residential areas integrated with bushland. It also has a cinema complex, three schools and colleges, council library and chambers and an environmental education centre. Capalaba has an active sporting culture so there are several football clubs who play in Brisbane’s premier league.

Busways connect Capalaba to the Redlands, eastern suburbs of Brisbane, west to Carindale and link with Cleveland railway station for regular services into Brisbane. Capalaba is also the terminus for major roads from Brisbane connecting directly to the Gateway Motorway.

In 2011, 16,500 people called Capalaba home. Their average age was 36 years. Residents are predominantly Anglo-Australian having been born in Australia, England and New Zealand and speak only English at home. 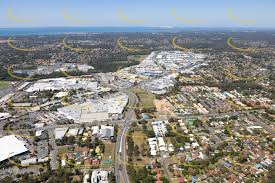