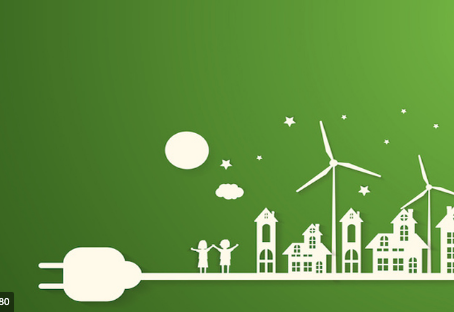 More than ever before, homeowners are demanding homes that reduce energy bills without affecting their level of comfort.

In response to global warming concerns, a joint industry and government initiative was launched in July 2000 to reduce greenhouse gas emissions from buildings by introducing mandatory minimum energy performance requirements within the Building Code of Australia and by encouraging best practice within the building industry.

Heating and cooling homes increase energy bills and impact negatively upon the environment. This problem can easily be reduced by good design and construction of homes.

Building energy provisions for housing were subsequently introduced into the Building Code of Australia on 1 January 2003. The Deemed-to-Satisfy Provisions vary depending upon the climate zone in which the house is located, but are expected to achieve a nominal level of energy efficiency currently equivalent to a 3.5 to 4 star rating under the Nationwide House Energy Rating Scheme which rates the potential energy efficiency of Australian homes on a scale of zero to 10 stars.

The more stars, the less likely the occupants need cooling or heating to stay comfortable. A dwelling’s ratings are determined by:

Zero star means the building does practically nothing to reduce the discomfort of hot or cold weather. A 5-star rating indicates good, but not outstanding thermal performance whereas a 10 star home is unlikely to need any artificial cooling or heating. Before the introduction of national energy efficiency regulations for houses in 2003, less than 1% of Australian houses achieved 5 stars, whereas many well-designed houses are now built above 6 stars or more.

This is adopted by the Northern Territory, Queensland, South Australia, Tasmania, and Western Australia – it includes:

Some states have now increased the stringency level of their energy efficiency provisions for housing to a level equivalent to 5 stars. These enhanced Housing Provisions were finalised for inclusion in the Building Code of Australia 2006 and adopted in ACT, South Australia, Victoria, and Western Australia.

Among a number of initiatives, HIA’s Greensmart is a voluntary practical approach that focuses on educating builders, designers, product manufacturers, and consumers about the benefits and  goals of environmentally responsible housing:

Benefits include lower energy and water bills, a warmer house in winter, a cooler house in summer, a healthier home for occupants and less waste going to landfill. Below are some Fact Sheets on energy efficient lighting, renewable energy and reducing demand: