Cracking and movement to structural elements 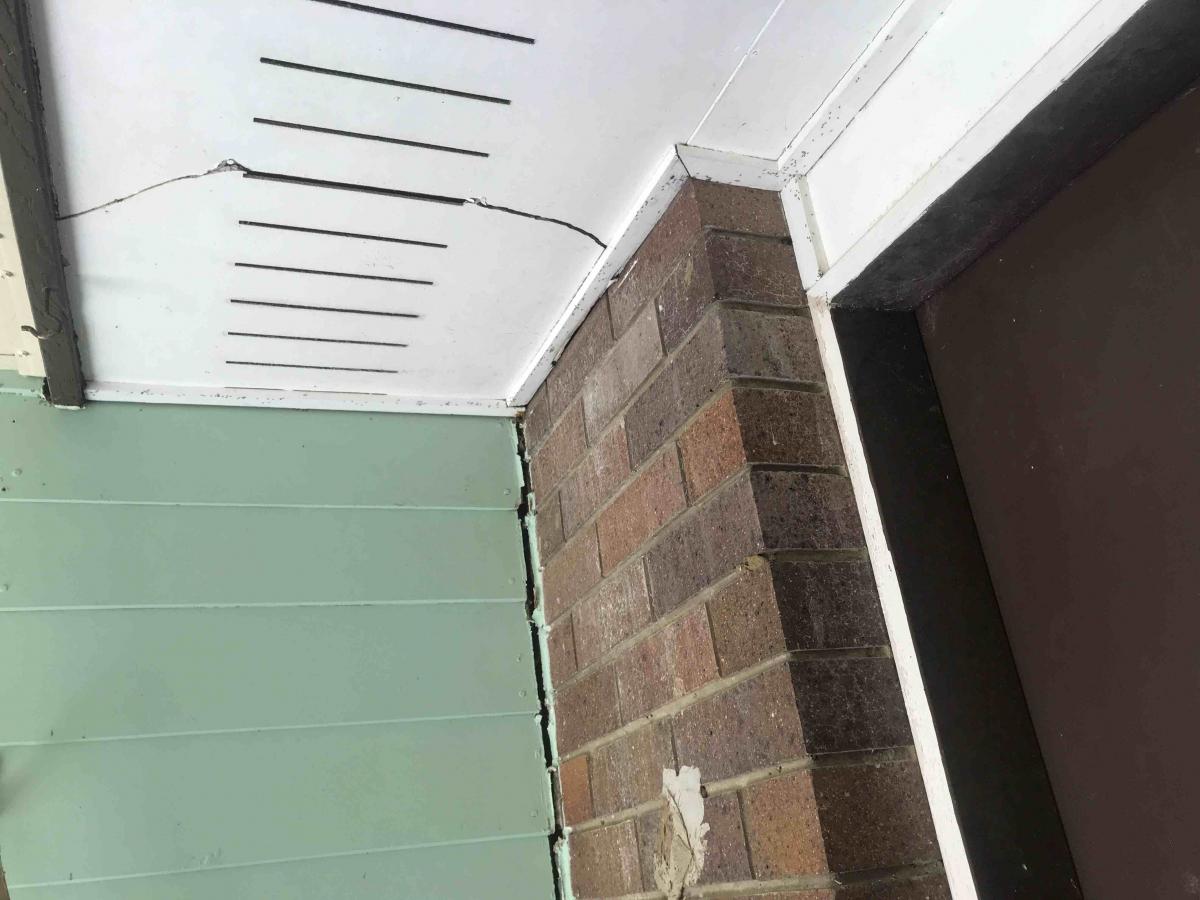 Whenever structural cracking and movement appear significant or significantly worsen, a qualified & licensed Structural Engineer should be consulted for further advice.

Cracks occur when forces either externally, internally within a building, or as a result of chemical changes within the building’s materials are greater than it can withstand.

Cracking and movement can be structurally dangerous. Differential movement throughout a building may be a consequence of poor design, ageing or changing environmental conditions to which a rigid building cannot adapt without fracturing.

The form and positioning of cracking depend upon the building’s weak points, particularly around doors and windows and where floor and roof connect to walls. Other factors are the size, shape, and position of the crack, the age of the crack indicating repetitive movement, and crack widening suggesting settlement or support failure.

Common causes of swelling and shrinkage in reactive soils

Root systems of trees and shrubs around a building remove moisture from foundations causing localised settlement. Conversely, when established trees or shrubs near a building are removed, the foundation soil expands as it reabsorbs moisture and localised upheaval results. Only shrubs or small trees with relatively non-troublesome root systems should be planted within 2 meters of a building and larger trees kept at least 10 meters away.

Differential rates of cracking may occur when parts of a building are more exposed to the sun than others. Especially vulnerable are northeastern and northwestern corners which receive full morning and afternoon sun. This may be evidenced by diagonal cracking which is wider at the top and subject to seasonal variation.

Dome and saucer effects occur with long-term changes in soil moisture content. Dome effects follow hot wet summers and warm dry winters causing moisture to migrate under a building and plastic soils to expand into a dome shape. As a consequence, external walls tend to rotate outwards at the top causing cracking especially around openings. Internal walls may develop cracks which open at the top narrowing to the bottom and floors may bulge as supports rise.

Conversely, saucer effects follow long dry summers and cold wet winters. The soil under the building is parched in summer and never regains balanced moisture content in winter even when the soil surrounding the building is continually wet. External walls rotate inwards at the top. Internal walls develop cracks which open at the bottom of the wall narrowing towards the top and floors become springy and sag as internal supports drop below bearers.

Is associated with a new building where cracking with a differential movement of foundations placing excessive strain on a building. Common causes may include:

Other Causes of Cracking

Full depth cracking in external rendered surfaces occurs when the backing material has fractured due to movement of masonry walls on expansive soils or foundation failure. Cracking may also be due to rusting of embedded material or the growth and expansion of salt crystals in mortar joints. Crazing and surface cracking results from long-term weathering and defective finishing techniques e.g. excessive trowelling or where the finishing coat is cement-rich compared to the undercoat.

Major failure in solid internal plaster is associated with movement of backing material causing loss of adhesion (drumminess) and cracking. Minor cracking and crazing occur with age. Drumminess in old plaster is caused by the use of incompatible coatings with varying shrinkage rates.

Internal plaster sheeting problems are the result of the sheet itself – old plaster sheeting suffers from sagging caused by poor fixing, the effects of long-term loading and deterioration in the bonding. Cracks develop at joints caused by insufficient support for the sheet, shrinkage of pointing material or movement of backing. Cracks in plasterboard are caused by shrinkage and warping in buildings as they age and adjust to new environmental conditions.

Cracking and Movement in Concrete Slabs

*Disclaimer: We do not provide professional advice nor services related to any infrastructure planning and building.
Please refer to your local city council for more information.
Arrange an Inspection