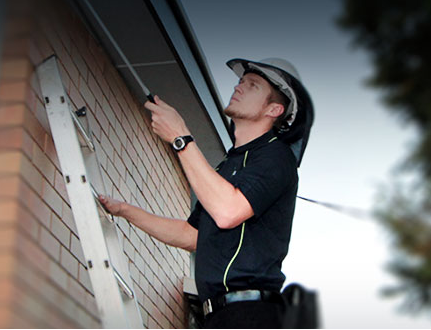 33% of homes had incomplete construction

In most cases, this was due to pergolas not having eaves gutters and / or downpipes which connect to stormwater drains. Where this occurs, the pergola may not have had local government building approval. 30% of homes had either pergolas, rooms built-in under the house or new additions that were not likely to have had local government building approval as they were not constructed to any recognised standard.

25% of homes displayed evidence of structural cracking and movement

Common causes of these problems were: poor slab construction on cut-and-fill sites; the prolonged dry spell affecting ground moisture; the absence of control joints in brickwork; tree roots; and excessive moisture adjacent to or under the house. In some cases these homes showed cracking and movement of a severity that posed significant danger to the occupants. Root systems of existing or recently removed shrubs and trees may also change moisture levels in the ground which may in turn contribute to structural cracking. 90% of properties had trees or shrubs close enough to the house to cause problems.

Although small cracks may not be harmful in themselves, they may allow moisture penetration to reinforcement which may cause progressive corrosion, leading to a structural problem. Retaining walls were often found to be overturning or cracking, indicating insufficient support or poor drainage.

In a small number of cases (5%), sagging, bowing, cupping and distortion under load were found in structures

The most common timber pest is fungal decay caused by moisture, followed by subterranean termites; wood boring insects and chemical delignification (break down of the timber fibres by salts or pollution in the air).

50% of homes required urgent attention to secondary and finishing elements